Who are you Lord? What do you want me to do? Homily by Wilfrid Cardinal Napier OFM 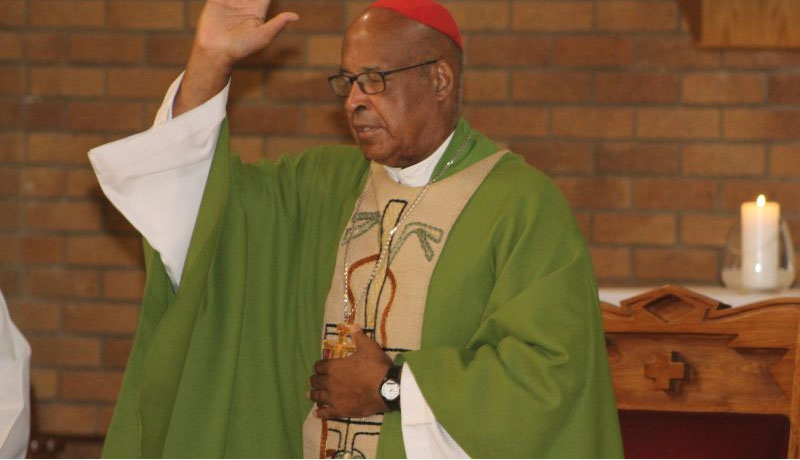 David is identified as the one chosen, called & anointed by the Lord to lead his People. So the leaders come together to act in response to what they understand to be the Lord’s will for them and the people they represent. David is the one God wants them as the key to his plan for them, his People. And he will do so as king.

The leaders of God’s Chosen People at the time of Jesus have also made a decision about who is going to lead God’s People. According to them it is NOT going to be Jesus. He does not fit in with their plans. Indeed they reject him as one who is possessed by the prince of demons.

Reading the signs of the times:

Story of the tribe living round the bend

Small, well organised tribe living in peace and prosperity on the banks of a large river, just around the bend and below rather steep cliffs on either side.

Their peaceful life suddenly disrupted when severely injured men, women and children, as well as badly mutilated bodies were observed floated in the water.

In compassion they retrieved the injured and began nursing them back to life. The bodies they duly buried.

From time to time there would be repeat performances, so that a care industry developed from these mysterious circumstances.

All went on, until a bright young one suggested they should find out what was going on up stream. So a search party was dispatched. Weeks later it returned with news that upstream and over the cliffs were two tribes at loggerheads with each other. The search party had managed to establish peace between the two tribe, so henceforth there would be no severely injured persons or dead bodies floating down the river.

Everyone was very pleased until they realised that a whole well organised section of their daily life would not only change but come to an end.

Last Tuesday we took the decision to observe Thursday, Friday & Saturday as days of Fasting and Prayer in preparation for the Launch of our New Pastoral Plan. Already on Saturday God was beginning to answer us, via the Feast of the Conversion of Saul of Tarsus.

Saul was on a similar mission as the Scribes & Pharisees from Jerusalem, namely to thwart God’s plan to save his People. God’s response is dramatic to say the least. Saul is struck down; blind and totally confused; he can’t even see his way forward and so, has to be led by the hand by others. A/v he is utterly helpless, but not clueless. So he does the one thing that anyone in his position could and should do! He asks for an explanation from the very one in whose name he regards himself as acting – The Lord!

He is asking for help in reading the signs of the times, but this time from God’s perspective. “I am Jesus whom you are persecuting!”

Then comes the answer to the second layer in Saul’s question: “What do you want me to do, Lord?”

Saul is blind; he has to be led by the hand! He has to go to Ananias, God’s chosen intermediary to find out the way forward. That intermediary is understandably somewhat reluctant, because he too is only just beginning to understand God’s purpose.

Like Saul & Ananias, we also spent three days preparing to receive an answer from God. Quite clearly that answer when it comes is going to be through the Holy Spirit.

Implicit in the Lord’s instruction is the warning that to choose any other path would be to sin against the Holy Spirit.

Any of those who attended, or even better, participated in yesterday’s Mass in Regina Mundi and associated themselves fully with the Launch of the New Pastoral Plan, will have understood that we, the Church of Jesus Christ in Southern Africa we’re doing two things:

In a way we were doing what the Elders of the people in David’s time did, passing on the responsibility for building up God’s People to understand, accept and commit to doing what the Holy Spirit wants us to do as those Called, Baptised and Sent!

Our moment of truth

Yesterday we gathered at Regina Mundi to inform our People that they too have received the Holy Spirit who was sent by the Father to inspire, strengthen and enable us to do all that he wants us to do in fulfilling our mandate to make disciples of all the nations.

Our New Pastoral Plan is our chosen way of making sure that, like the River People, we re-organise what we have understood to be God’s will for us in our new circumstances; that in no way are we going to sin against the Holy Spirit by resisting this clear call from our Lord and Saviour; to become a new Evangelising Community!

It remains for us to make the “Prayer For the Pastoral Plan” our daily offering to God; the daily bread for what we are going to be and do from this day forward. It is the Lord who is leading us by the hand to find out more exactly what he wants of us.

So, let us go forth and do his divine will.

And may the Lord, the God of Hosts, be with us as he was with David!