Faith is thicker than Blood 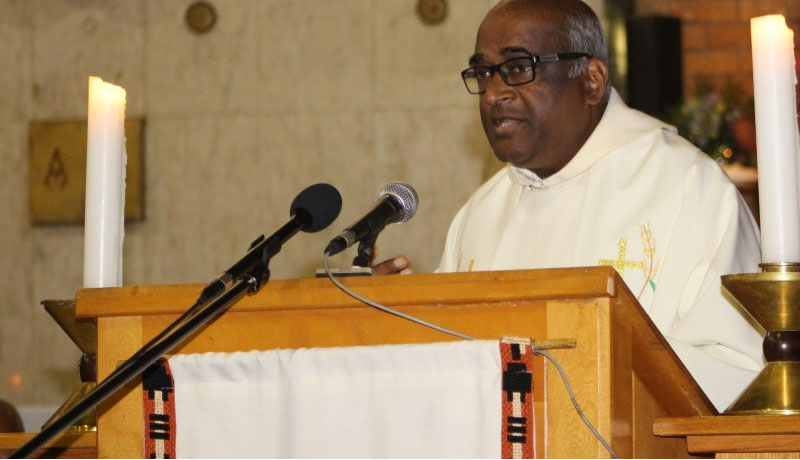 Homily on the feast of St Thomas Aquinas. Mk 31-35
Faith is thicker than Blood

One of the reasons that we are not as effective as we could be as Christians is because we seem to have domesticated the gospel in the sense in that it does not shock us as it was intended to.

This passage is quite shocking. There are insiders and outsiders. The Jerusalemites, when they come to interrogate Jesus place themselves squarely as adversaries. They are the outsiders. Mark’s gospel is constructed in such a way that the in first part Jesus is in Galilee and in the second he is in Jerusalem. Jerusalem is where holy people lived and the Galileans were considered to be less than holy – but Jesus finds friends and family in Galilee and gets killed in Jerusalem. That’s a shocking reality. The Jerusalemites knew the catechism of their day but they did not know Jesus.

In this text in particular Jesus says that those who have faith are his relatives. Some people like to look at Jesus as reducing Mary’s importance. But what he is saying in reality is that Mary is related to him more because of her obedience to God’s will than because of the biological connection.

The saint of today was educated by the Benedictines and when he decided to become a Dominican his family thought he was mad. They kidnapped him and put him in prison for more than a year, but he prevailed and he became a Dominican. Faith is thicker than blood. God’s will is more important than are biological connections.

Thomas Aquinas brought many useful insights but we can think about that later. If we look at our own lives and what we have been through in these days of plenary, we had an intense experience of faith, often looking at things with different lenses and yet we were united, making decisions in common. We do that in faith. Faith is thicker that blood. We have no biological connections with each other but come here in faith, responding to the call of God.

The highlight of our week was the launching of the pastoral plan. I like to think of it as God launching his pastoral plan for his people through us his servants. We went to Soweto and we met people we have never seen before and more than likely we will never see again, yet they welcomed us and received the message that was given to them. They received the plan that God has in mind for them. They did it faith just as we proclaimed it in faith. Faith is thicker than blood.

One of the things that the Saint of today teaches us is that we need to investigate whatever we do. In the opening prayer of today St. Thomas is highlighted not because of his teaching of doctrine but because of his study of doctrine. He lived in a time of great confusion. Aristotle’s philosophy was kept from universities in the west for more than a thousand years and then during the 15th century it was gradually released. It was looked at with great suspicion because it was released through the Muslims. Arabic philosophy was the bridge between Aristotle and subsequent philosophy, and when the former was released it was looked at with great suspicion.

St Thomas said that truth cannot contradict truth. And if you think that there is contradiction or a problem, study it, find the truth and then make the decision. Are we not being doing the same during this week? Are we not probing certain realities like the Amazonian synod, to find the truth? Have we not looked at most of the things we dealt with to find the truth, and then having found the truth what do we do? Do we domesticate it or do we follow it?

The life of St Thomas shows that one cannot domesticate the call of God. His family did everything in their power to stop the “madness” of the man who ought to have been a Benedictine but chose to be a Dominican. We cannot imprison or domesticate the vocation. It has to go where God leads it. Even if it means contradicting the feelings of the family and those who are close to us, we do it in faith remembering all the time that faith is thicker than blood – and it is that which will make us the family of Jesus.